The other day someone I’d just met asked me what I do.  Just like that. Not even a “How are you?” An exchanging of names and then they dove straight in. As people are wont to. Because of course, in today’s world we’re all just a job title really, aren’t we? I replied, as tends to be my wont, that actually I do lots of different things, and started to list them. And suddenly, eyes widened, ears pricked up and I had my audience’s (OK, ‘her’….) undivided attention. Because it would seem that deep down, none of us really want to be definable as one thing. And we sure as heck don’t want to hear anyone who is bang on about it! We all dream of conquering the world, in our own way. And in order to do so – to be that person we truly feel we are deep down inside – one single, immutable label is the last thing we need.

This blog post is simply a nod, and a good dose of moral support, to all of those people who’ve ever had someone say to them:

“You need to stick to one thing”,

“Why didn’t you just carry on [in medicine/law/teaching/banking/translating – delete as appropriate]?”

and yet remain wholly unconvinced…as I always have been.

I generally tend to reply with a:

“Er, no. I know what makes me happy and that just ain’t it!”

You are, of course, free to choose your own retort. In fact, being creative with your response is half the fun!

Most of us are conditioned to believe that  success  = having a lot of money and/or power (and a job title which impresses people!) I certainly was. 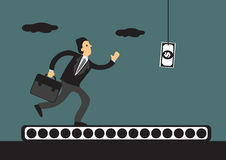 In my own case, in the years after graduation, as all those around me made their way up the slippery ladder of corporatedom, I couldn’t shake the belief that the only true success I felt really worthy of achievement was being 100% authentic to myself. Life’s short (I knew that all too well after losing a couple of close friends by my early twenties). Why on earth would you simply get on a treadmill running towards a destination that you’d been told was the one you should be headed for?

And so I jumped off, rather inelegantly, at 2am one Christmas morning, whilst sat in a basement office with no windows. I was on my own – literally – supposedly trying to save a global IT system from falling over. I mean, WHO CARES??? Unfortunately (but rather fortuitously for my future), I certainly didn’t. Thank God for http://www.i-resign.com. Writing an articulate ‘I quit’ letter is hard for the best of us in the early hours.

Fast forward 15 years and I have tried so many things professionally, it’s simply not funny. (Although in some cases it is, as it makes for amusing dinner parties anecdotes). The thing I love most in life is helping people. So I worked in education for a while, figuring it was a vocation, and I enjoyed it; until a teenager threw a chair at me and then barricaded the classroom door. Seriously? And they thought the money I was being paid was enough??

Fortunately, I’d done a masters after my ignominious departure from the world of IT consultancy, so I set to trying to make a go of things as a freelance translator. And I have to say, all at once, I started to feel like I’d found my niche. Varied work? Tick. Mentally challenging? Tick. Control over my own working life? Tick. Until I found myself in a place that once again seemed to be more about external expectations than internal intentions. I woke up one day to find myself a mainly legal and financial translator. (Decent money? Tick!) And yet neither field floated my boat in the slightest.

So I did what any normal person does in a such a circumstance. I ran away to the Caribbean. And I came back having met someone equally as ‘non-conformist’ as myself. And from there, I thought “What the heck?”, I’m actually Creative, not Corporate, and jumped off the treadmill yet again, only this time for good. What happened thereafter only served to support the theory that you attract more of what you’re focused on. And that if you want a portfolio career, it pays to base it around ‘helping people’ in whatever way you can.

I returned home and a colleague working in a university at the other end of the country got in touch, immediately. “If you’re able to learn this piece of software in 2 days, you can come and teach audiovisual translation for us.” “OK!” I said.   (How hard could it be?) And within a month I was travelling 3 hours each way every week to teach a 2-hour subtitling class, which I loved!

A few months later, the CEO of a translation company in Spain got in touch to say they were looking for a UK Director. Was I interested? “With absolutely no sales and marketing experience behind me?” I asked. “Yes, of course I am!” I continue to work with them to this day. They think outside the box and are all about social enterprise – my kind of people.

Alongside all this, I co-founded and ran a charity that’s now become international, with Mr. Non-Conformist. Because somewhere inside it felt like we could help a lot of people from the moment the idea arose. We used Google as our primary adviser in all things charity start-up related and its generosity was astounding! Those who help need help at times too.

In the last 5 years I’ve also become a published writer, again by trying to write something that would help people – young children in this case. I’ve been on property courses and have been able to help people who need a home. I’ve even helped start a Media Production company. None of it was meticulously planned, it simply involved ‘leaning into’ areas I had an interest in, saying yes to helping somebody wherever possible and learning as I went along. I think it’s fair to say that gone are the days of my being able to succinctly stick my job title on 1 by 2 inch sticky label at conferences. And I love that fact. I also adore meeting other people in exactly the same situation. Oh such colourful souls 🙂 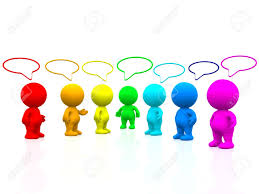 So if you have a gut feeling that perhaps you’re not destined to do the work that you’re doing now forever; or in your heart something really appeals, just because; and if anyone around you suggests that you stick with the safe, rather than the scary, or just one single thing, then I’d simply say “Don’t”. If what’s tickling your fancy also happens to help people, then so much the better.

There’s no need to go all out, jump ship and live the life of a starving artist (although it’s amazing the drive monetary pressure can generate!) Baby steps are all it takes. Contrary to common belief, those who take risks aren’t always huge daredevils. Neither are they another class of human being, untouchables, who we can admire from afar but never hope to emulate.

No, they’re people just like you and me, who decided that maybe that little voice inside really is worth listening to, no matter how loudly the rest of the world tries to shout it down 🙂

Have you got experience of breaking away from the professional ‘norm’, or creating a portfolio career? If so, we’d love to hear about it. Feel free to share your stories with us in the comments section below 🙂